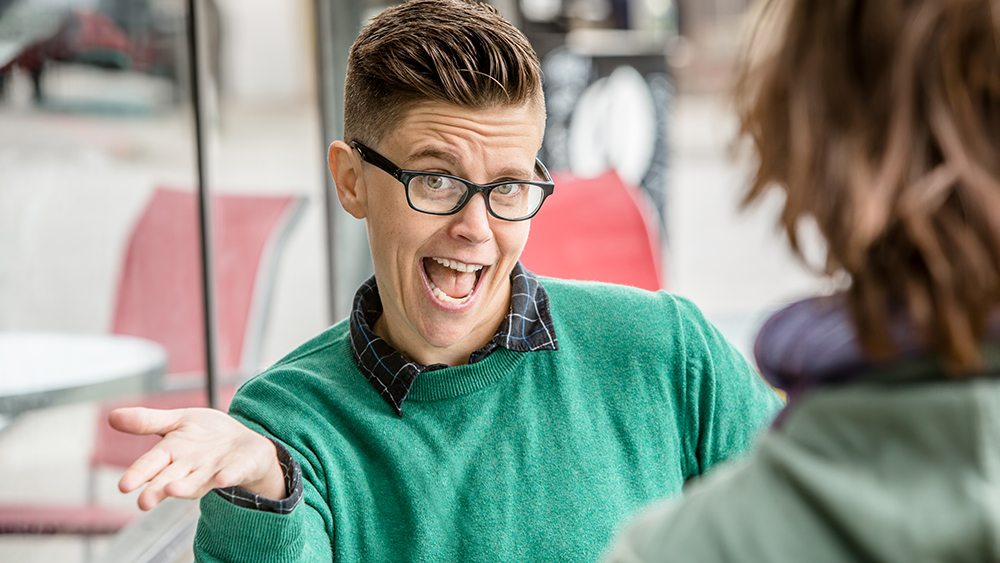 You’ve got questions and we’ve got answers. Hi, I’m Kevin Eikenberry, answering the questions that new leaders ask us. Actually, it’s our goal to help all leaders be more productive, successful, and confident. Today, I am answering a question about how much leaders talk. Are you ready? Let’s get started.

Lots of leaders have asked me this question: Kevin. Am I talking too much? Well, I may not have ever seen you in your native element to know if you are or not. I’ve watched many leaders, observe many leaders, so I could answer them directly. But the general answer to the question is if a leader asks me, Am I talking too much, the answer is probably yes, you probably are.

Now, this isn’t about whether we’re introverted or extroverted. Some of us may be a little less likely to speak out than others, but in our leadership role, we tend to find ourselves often talking too much, whether we realize it or not.

Next, you’re talking because they aren’t saying anything like that. Quiet is deafening. You don’t want there to be quiet like someone needs to say something. You ask a question, they don’t say anything. So you start filling the space by talking.

And sometimes it’s just hard to stop ourselves. Sometimes, as a leader, we have some information that we want to share. And so we start talking. Well, if we’re doing all the talking, there are some things we’re not getting. Like their input and their ideas.

And if we’re doing all the talking, they are more likely to feel like they’re not supposed to do any of the talking. And it’s a self-fulfilling prophecy. So how do we talk less? How do we how do we make sure that we’re not making this mistake? What’s the solution to this problem? Well, I’ll give you three things. Number one, ask more and assert less.

When people ask you a question, ask a follow up question. I am not suggesting that you never answer or you never allow yourself to be pinned down. But I am saying that many times when someone asks if you will ask a follow up, you’ll have a better chance of knowing what they really are asking. So when you do respond, you can be more effective.

Next, replace a statement with a pause or a question. So someone asks and you just pause for a second. Sometimes they’ll continue and say more. Sometimes a person will make a comment, and rather than as immediately responding to fill that space. If we wait, they will continue. We might learn something. They will feel more supported. Good things happen.

And lastly, talk less, and talk later. So one of the things that we can do is not get involved in answering a question too quickly. If we’re asking a question of the group. We want the groups answers. The sooner we start talking, the sooner they’ll stop talking. So ask more. Assert less. Replace a statement with a pause and talk less and talk later.

If you do these things, you’re less, much less likely to be a leader who talks too much.

Let me close with today’s tweet. Most leaders talk too much. If you want an engaged team, higher trust and better ideas, talk less and talk later. If you have a question you’d like me to answer in the future, just put it in the comments, and I promise we’ll either point you to an answer or answer it in a future video.

Speaking of future videos, you can subscribe to get any of these that come in the future. Hope you’ll do that. And if you’re looking for other resources to help you as a new or frontline leader, just go to BudtoBoss.com. The links are here. Hope you’ll do that. And if you’re wanting to be a more effective communicator as a leader, you might take a look at our DISC assessment.