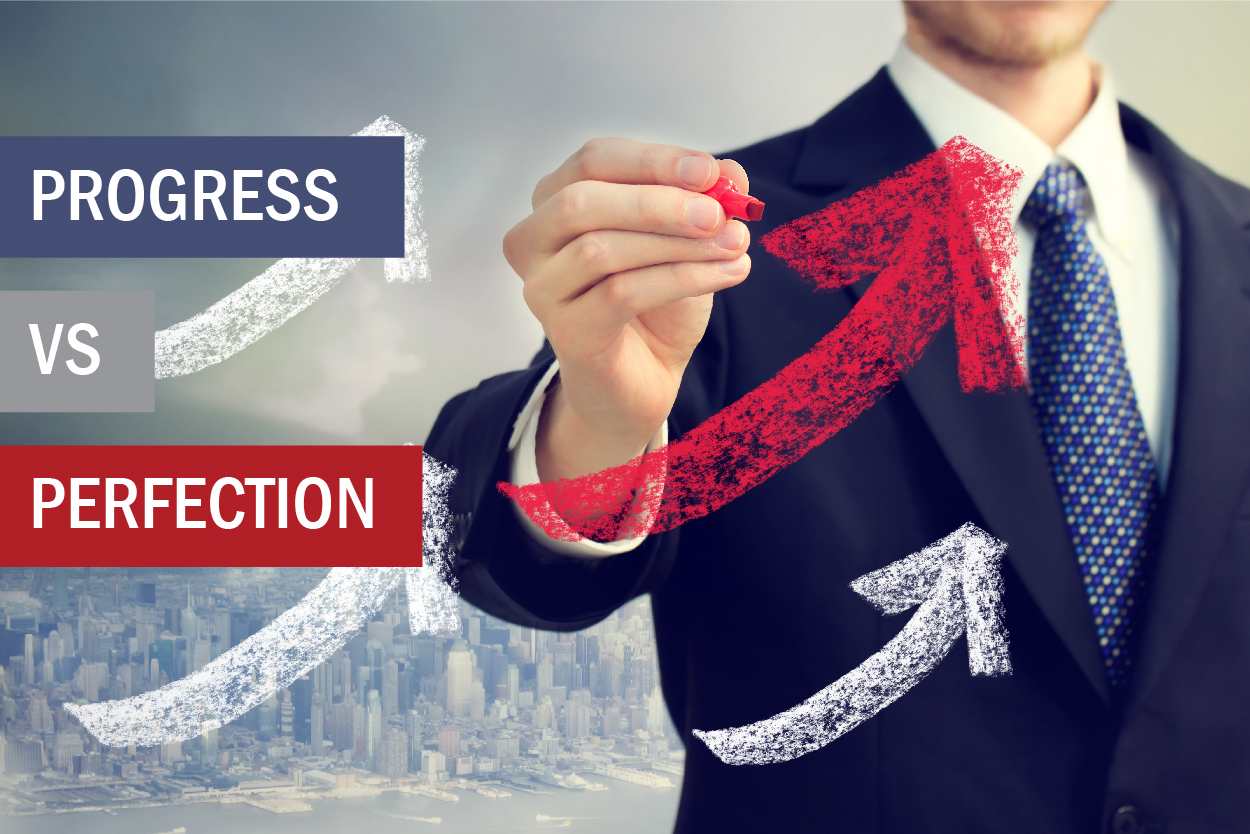 So, as a new frontline supervisor, what should you when you are coaching success as a leader? It ultimately rests on answering one question:

Did the person being coached reach the level of performance or behavior desired at the start of the coaching?

While reaching the objective is one thing, the process of coaching is more nuanced than that. There is much time between the setting of the goal and the achievement of it.

There exists a question, often unexamined but always felt, in the day-to-day of working, leading, and coaching. Your perspective on this question, as a coach, can make a big difference on your ultimate coaching success with your team members. The question is this:

Are we seeking progress or perfection?

So, let’s consider a case for both progress and perfection. Then we can come to some conclusions as about what will lead to the greatest coaching success.

The Case for Perfection

First, I realize that perfection is a very high bar. Although, some may argue that is the goal, my point in making the case for “perfection” is suggesting that our focus as a coach should be solely on the desired outcome, performance, or behavior. The case for perfection starts and ends with this question: Is the person meeting the goals? If the answer is no, then the coaching has yet to be successful.

After all, we are coaching to reach that goal. So, until that goal is reached, there is much work to do. The case for perfection is a snapshot, binary view of the world. In that snapshot, either the person is meeting the expectations, or they are not.

It is hard to argue with this case. Except when taken to the extreme, it may have some consequences that aren’t intended.

The Case for Progress

This sounds like a good perspective, but the person still isn’t doing the job they’ve been asked to do.

The answer isn’t perfection vs. progress. It is perfection and progress – the best coaches consider both. Yes, in some cases, as mentioned above, the standard should be the sole focus. If the standard is absolute and isn’t being met, the person might need to be relieved of this work without additional coaching. In far more cases, though, the standard is a relative one. That is the situation I am addressing.

First, it is important that people know what the performance standard is. There must also be a way to objectively measure it. Without these two factors, it is impossible and completely unfair to hold anyone to the perfection standard. So what happens if the standards are clear and objectively measured, and someone isn’t achieving that standard?

This is the situation most all coaching happens in. So the coach must be clear on their purpose.

My suggestion? Make sure that the performance standards are clear and measured, and people always know where they stand. Performance should also be tracked over time.

If the trend is consistently in the right direction, this progress should be the focus of the coaching, using questions like:

Having a perfection and progress approach allows you, as a coach, to have more patience without lowering your standards. When you approach your work as a coach with patient persistence you will likely gain greater results and respect from your team members at the same time. This approach will grant you greater coaching success in the short and long term.

Looking for ways to improve your coaching skills? Here are Five Coaching Questions and some information on our upcoming workshops.