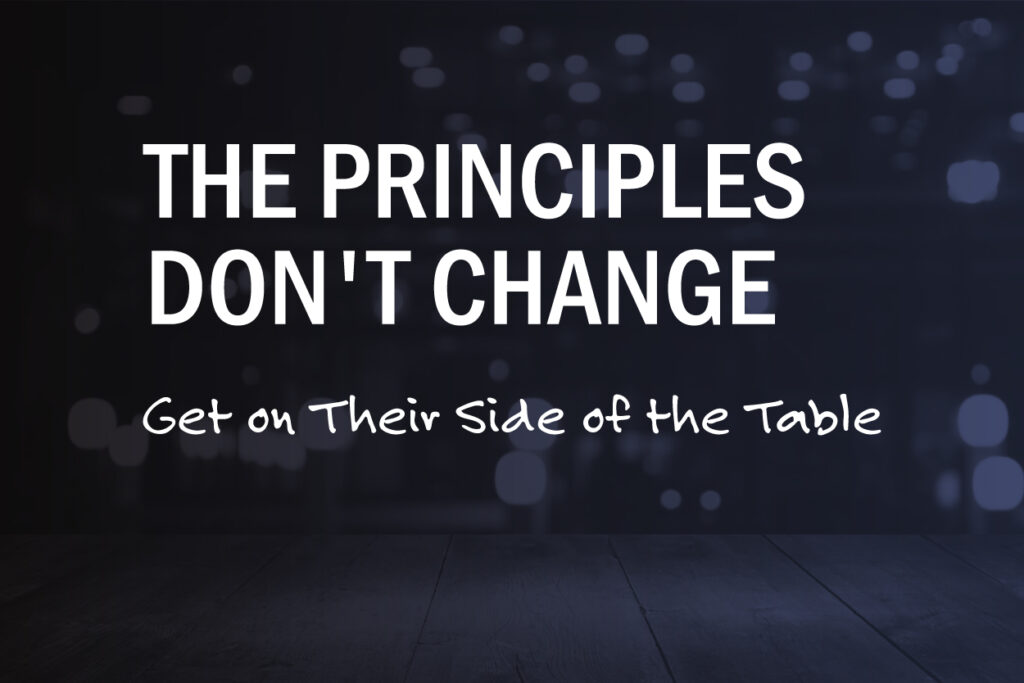 Have you ever struggled to persuade another person to change their mind or their behaviors?

Based both on my personal experience and in what I have heard in Bud to Boss workshops, my guess is that you have. In fact, I think most of us have recently struggled with this issue, are struggling with it, or will struggle with it in the near future. Trying to persuade people to either change their mind or behaviors is a pretty common interaction in general and an almost daily occurrence for leaders.

Here is an example of a question I recently got from a Bud to Boss workshop participant:

“How do I convince my peers that the way they are handling line problems actually hurts the equipment they are trying to fix?”

The interesting thing about the question is that we had discussed a similar issue earlier in the day except that the context for the prior discussion involved communication with team members reporting to the supervisor rather than with peers – similar issue, different audience.

I have noticed a pattern in questions like this about communication with peers and supervisors: there is a widespread perspective that the basic principles of both communication and influence somehow change depending on the person with whom we are communicating.

As we talk about communication and influence principles in From Bud to Boss and in Bud to Boss workshops, a great deal of the discussion is in the context of leaders interacting with people on the teams they lead. Inherent in that conversation is at least some assumption of power or authority relative to the person with whom you are interacting.

While power or authority relative to the person is often an unstated assumption in the conversation, it is not a prerequisite for the ideas we are attempting to convey. If you read From Bud to Boss or any of the articles we have written, attend a Bud to Boss workshop, watch one of our videos, or listen to one of our podcasts, what you will see is that very few – actually, I think, none – of the strategies or approaches we advocate, promote, or teach depends on the projection of power or authority to make it work.

Power and authority are tools in your leadership toolbox that should be used only when absolutely necessary. In the overwhelming majority of situations, I suggest that you work with influence strategies instead. If you work exclusively with influence strategies, who you are working with does not change the key principles you apply to the situation. Who you are working with might change your phrasing, body language, and tone. It does not change the foundational principles that make your efforts either succeed or fail.

One of these foundational principles is to:

Get on their side of the table.

Here is a mental picture to illustrate this idea that I got from a mentor of mine many years ago.

Imagine that whatever issue you need to address or problem you need to solve with another person is represented by a piece of paper.

If you sit across a table from the other person with the piece of paper between you, the issue is, quite literally, between you. The physical positioning makes it difficult to see the issue the same way – you see it from the top of the page, they see it from the bottom of the page. This difference in perspective almost immediately creates a confrontational approach to the discussion.

Talking with a person about an issue or a problem is much more likely to persuade or influence them than talking at them about it.

No matter who you are working with – your team member, your peer, or your supervisor – one key principle of influence and persuasion is always the same: get on their side of the table.

Looking for more information on upcoming workshops? Click here or email info@kevineikenberry.com for to find out more!