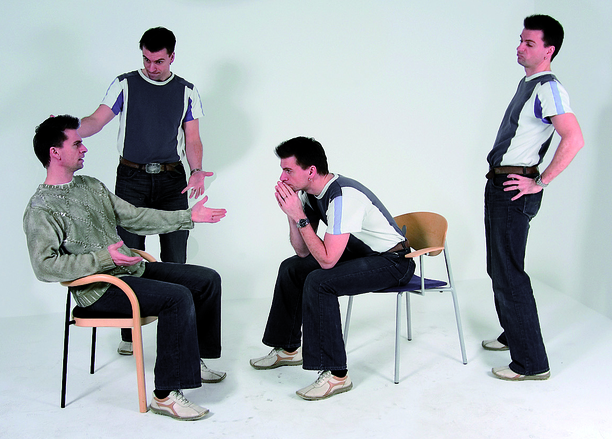 I once read a news article about the number of children that have likely been misdiagnosed with Attention Deficit Hyperactivity Disorder (ADHD). The researchers quoted in the article said that many students had been diagnosed as having ADHD by their teachers because they are young and immature rather than because they actually have ADHD. Basically, the teachers observed behaviors that bothered them, and they jumped to a diagnosis that labeled the behavior as an illness when it was, in fact, normal.

As I read that piece, I was reminded of a common problem I see when people start to apply the DISC model of human behavior.

Here’s the logic flow that leads to a misuse of the model:

In a calm, rational discussion outside of an emotionally charged moment, it is pretty easy to see the flaw in that flow of logic. In the heat-of-the-moment when you are annoyed or frustrated, the flow of logic feels kind of good. It’s a bit self-soothing to see the communication challenge through the lens of a thing that is “wrong” with the other person rather than to see it as a common and normal difference in communication styles.

This flow of logic creates a misuse of the DISC model that I see frequently:

We use disorder descriptions to speak about normal behavior.

The most common misuses I have observed are:

While it might seem funny to use the illness descriptions to speak about normal behaviors, I find it harmful rather than humorous for two reasons:

If you have read much of my writing, you know that I am a strong proponent of using the DISC model as a way to better understand how another person might see a situation and how I might best adapt to connect with them. I hope you also see that I strongly disagree with any attempt to use the model to label or artificially categorize people.

In both cases, the use of an illness description to describe a normal behavior drives people farther apart rather than helping them to communicate.

The DISC model, like any model or tool, can be used or misused. Used well, it helps you to become a better leader and communicator. When it is misused, it creates distrust and frustration.

If you want to use the DISC model to communicate more effectively, connect with others faster, and build better relationships, I encourage you to beware of the temptation to use illness descriptions for any of the four primary behavior styles.