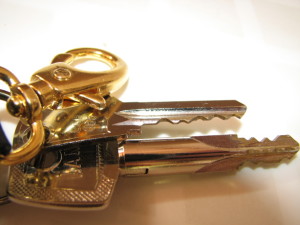 No doubt you want to succeed as a leader. Certainly, you want to lead your team to perform at the highest level. Absolutely, you want to do your part to ensure the success of your organization.

All that ambition will take you far; however, don’t assume that accomplishing all that will be easy. Far too many first-time leaders fail—and fail hard.

Randy H. Nelson, author of the best-selling book The Second Decision: The Qualified Entrepreneur, has some some insight on how to avoid becoming one of those leaders who does fail.

Nelson, who developed leadership skills as a Navy submarine officer and has a track record of starting and building successful businesses, explains that there are four essential traits that every leader needs:

Randy H. Nelson is a speaker, a coach, a Qualified Entrepreneur, a former nuclear submarine officer in the U.S. Navy and author of The Second Decision – The Qualified Entrepreneur. He co-founded and later sold two market-leading, multi-million dollar companies — Orion International and NSTAR Global Services. His proudest professional achievement was at the Fast 50 awards ceremony in the Raleigh, N.C., area when NSTAR, a 10-year-old company, and Orion, a 22-year-old company, were awarded the rankings No. 8 and No. 9, respectively. Nelson now runs Gold Dolphins, LLC, a coaching and consulting firm to help entrepreneurial leaders and CEOs become Qualified Entrepreneurs and achieve their maximum potential. He has a Bachelor of Science degree in Accounting from Miami University, Ohio, and was awarded the Admiral Sidney W. Souers Distinguished Alumni Award there in 2011.