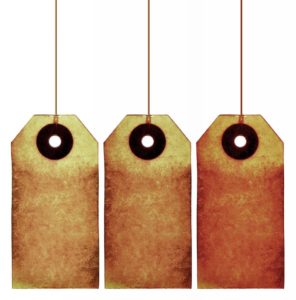 When dictators come to power, they often use a well-planned strategy for ousting their rivals. Part of that strategy helps them to justify the harsh tactics they use against their political opponents.

One part of the strategy gradually strips away the human character of people who stand between the dictator and total control of the country. By stripping away human characteristics, dictators dehumanize their adversaries.

When they dehumanize the people they oppose, they begin the process of objectification, that is, turning people into objects. Once they paint a group of people as objects, they can do virtually anything they want to the group because objects have no moral standing.

Unfortunately, many of us also engage in a similar practice when we find ourselves involved in an interpersonal conflict. We may not resort to murder or physical violence as a result of our objectification of others, but still, we use the process to justify our actions and reactions. The process often begins with the use of broad, categorical labels to define people. The labels might even apply in a general, statistical sense to a large population of people. However, when applied to small groups, or even worse to individuals, the labels lose all connection to reality and they become the tools that allow us to justify our own bad behaviors towards others.

You have probably seen or experienced the objectification process yourself. Sometimes it comes from blatant prejudice or ignorance. More often though, it enters our thinking by accident because we are tired, hungry, frustrated or otherwise stressed. The process of objectification usually begins with labeling a person. Labeling can take many forms, and it often comes in the form of a “those people” statement. Here are just a few examples:

To ward off the unconscious objectification of others, monitor how you refer to people for signs that you might be slipping into this thought process. If you find yourself referring to people with some form of “those people” statement, look for a way to rephrase the statement so that you consciously acknowledge the other person’s humanity.

Here are some alternative ways to phrase the example statements above. These statements are just suggestions. I do not propose that they are the only, or even the best, way to rephrase the examples. Within the scope of this article, we have not even begun to address the issue of the context in which the statements are made. So, the specifics of the rephrasing could change significantly depending on the situation. I only offer these suggestions as a way to stimulate your creativity about different and better ways to communicate the issues hidden in the “objectifying” versions that many of us default to when the pressure hits.

Bottom line: Rather than slap a label on someone to justify your refusal to understand where the person is coming from, try some open, honest communication.