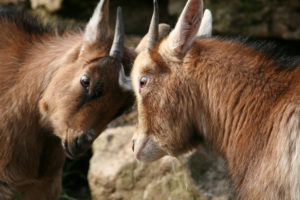 In my work with clients of all kinds, I have noticed five basic types of people when it comes to responding to conflict. Admittedly, I did not come up with these categories from a sophisticated and comprehensive statistical analysis. They are, however, built on my observations from working with many people and talking about their approaches to conflict and then observing the outcome of those approaches.

I see people who are:

Which are you? What about your employees? What I’ve found is that most people fall in the Conflict Queasy category. There are also a pretty significant number of Conflict Chickens and Conflict Coercers out there. Unfortunately, there are fewer Conflict Confident people, and still fewer Conflict Rock Stars.

The good news is that no matter where you start, you can become Conflict Confident. With enough study and practice, you could even become a Conflict Rock Star. The growth in your conflict resolution skills begins when you first understand what category you fall into. From there, you must learn how to accurately diagnose and read conflict situations and  respond appropriately—and confidently—to the conflict. To help you do just that, here are a list of resources that will teach you how to approach and manage conflict more effectively.